Many marketers thought they had caught a break from broad core updates; however, on November 17 Google announced that yet another had been released: 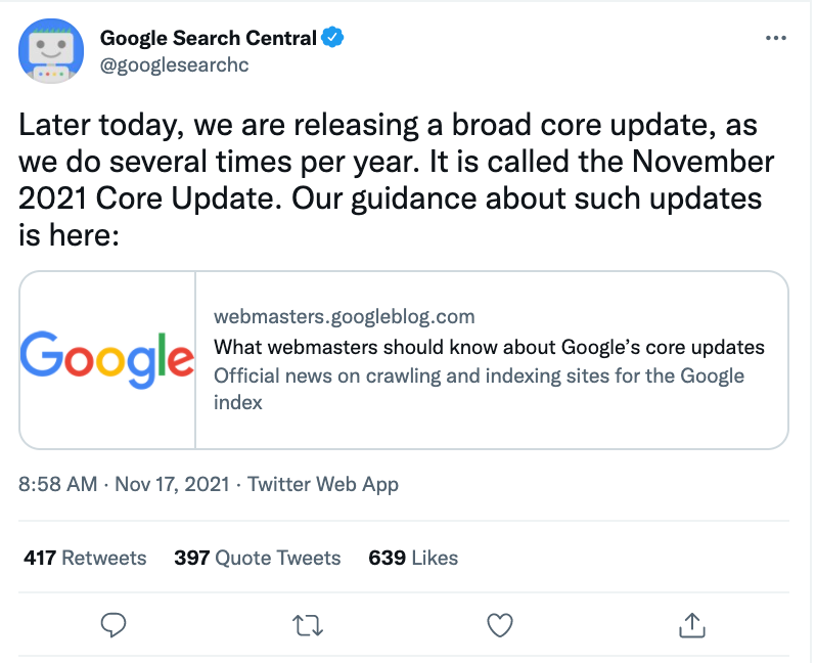 Broad core updates are algorithm updates Google makes to their search engine, typically twice a year, that can alter search results, which in turn changes keyword rankings for site owners.

While we do not know what may happen in December, here is a refresh on all the updates we have battled this year: