How Margie’s Meatloaf Mecca Was Born 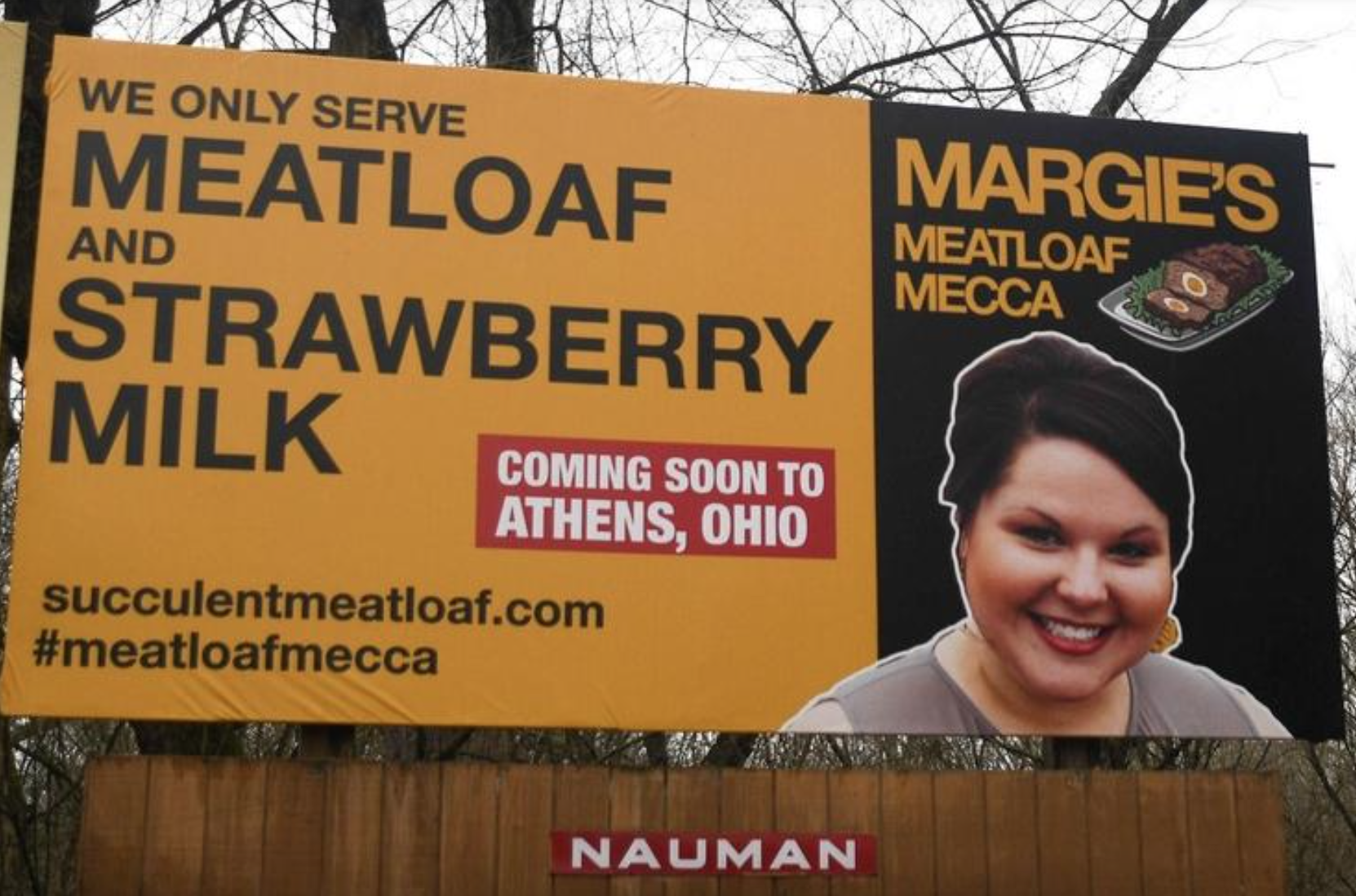 By mixing the perfect combination of traditional and digital marketing tactics, along with the collaborative efforts of our team, we were able to execute a prank on a friend that would be remembered for years.

And this is how we pulled it off.

But First, a Little Backstory

For years, we have gone to great lengths to ensure that our team members and close friends are being celebrated properly – for birthdays, weddings, and sometimes for no occasion at all.

This, of course, means going to extreme lengths to prank them online. We’ve crafted fake businesses, fake conventions, fake awards, and just about everything in-between, meaning we’ve dedicated a lot of time and effort over the years to making our pranks possible.

When our friend Margie’s wedding was approaching, and we knew she’d planned a trip to Athens, Ohio in the late fall, we just knew we couldn’t pass up the opportunity to go big or go home.

After determining that we wanted to go with a fake restaurant that served nothing but meatloaf and strawberry milk, the rest of our plan started to fall into place. Here is what we did to make the prank what it is today.

One of the old-school practices of SEO that is still relevant today is strategizing to buy a domain name that’s memorable for customers. And while in most cases the best domain name you could invest in is your business name, we wanted to go with something a little more devious.

So we settled on succulentmeatloaf.com.

We knew we wanted to go big with this, and the logo itself needed to be something bold and eye-catching enough to grab attention, because we had something special planned for it.

So I used my skills from designing websites to create a graphic in Photoshop that would be easy to read from a distance, and gave you just enough information to catch your interest.

3. Rented a Billboard in a Great Location

There are obviously a lot of places that you can rent a billboard, but we wanted to make sure that our placement made sense and would get attention. So naturally, we chose a spot just outside of our cherished alma mater, Ohio University.

It was placed along Route 33, which is on the way to Ohio University when you travel from Columbus, so we knew it would get plenty of traffic.

Given that I have over 15 years of experience in building and designing websites, it wasn’t difficult to set up a simple site that would take the prank to the next level: making the business look legitimate.

When you visit succulentmeatloaf.com, you are presented with a site that actually passes itself off as plausible on first glance. It features photos of our “food,” a menu, and even a contact form that has received real inquiries about the restaurant.

From our time making a lot of websites for clients, we knew what it would take to make the site the icing on the cake of this prank. This stage also incorporated expert content writing skills to teeter between believable and playful.

The best part of any prank is seeing how it all unfolds. And in our case, along with enjoying the reactions friends and family, seeing how the public responded was amazing.

With some quick searches on Twitter for phrases like “meatloaf and strawberry milk,” we were able to find a lot of posts and see just how much of an impact we were having:

I’m somehow not kidding. So outrageous I had to turn around to make sure i saw it right. I did. pic.twitter.com/55LI45ZEzP

oh my god i just remembered i saw a billboard on my way into town for a restaurant that just serves meatloaf and strawberry milk. this sounds like a lie but i swear to god its true

We use Google Analytics for all of our clients’ websites as a way to monitor traffic, conversions, and similar data.

By enabling it on succulentmeatloaf.com, we got to see firsthand how successful the billboard and online mentions were becoming:

7. Incorporated Ecommerce (for a Cause)

After the prank gained more attention, we decided to up the ante, but with a twist.

We decided to launch an online store that sold T-shirts, mugs, and more with the Margie’s Meatloaf Mecca logo on them. But instead of taking the funds we made from purchases for myself, I decided that this was a great opportunity to give back to the Athens community.

All of the funds the ecommerce site has collected has been donated to the Athens County Food Pantry, and, so far, we have been fortunate enough to donate around $1,200 to their cause.

Eventually, we reached a point where we figured Margie’s Meatloaf Mecca might be something we could use to generate some mentions in the media.

Funnily enough, without even trying, we were approached by a reporter for the Columbus Dispatch who had seen the billboard and wanted to learn more about it for an article.

We also got a piece in the Athens NEWS:

9. Played Up Our Local SEO

Since we have helped various businesses increase their local presences online, we are no strangers to Google My Business. Having a Google My Business listing greatly increases local online visibility, so we were very glad when one of our friends added Margie’s Meatloaf Mecca to the maps. While it was live, we even were collecting reviews: 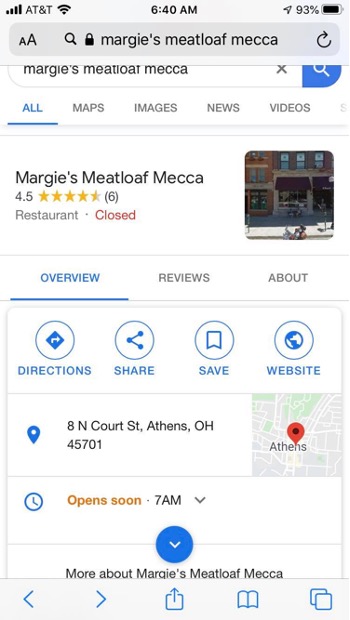 10. Collaborated with Other Businesses

Even months after the billboard went up, we wanted to keep the fun going, so we ended up collaborating with a local business in Athens to create some promotions: 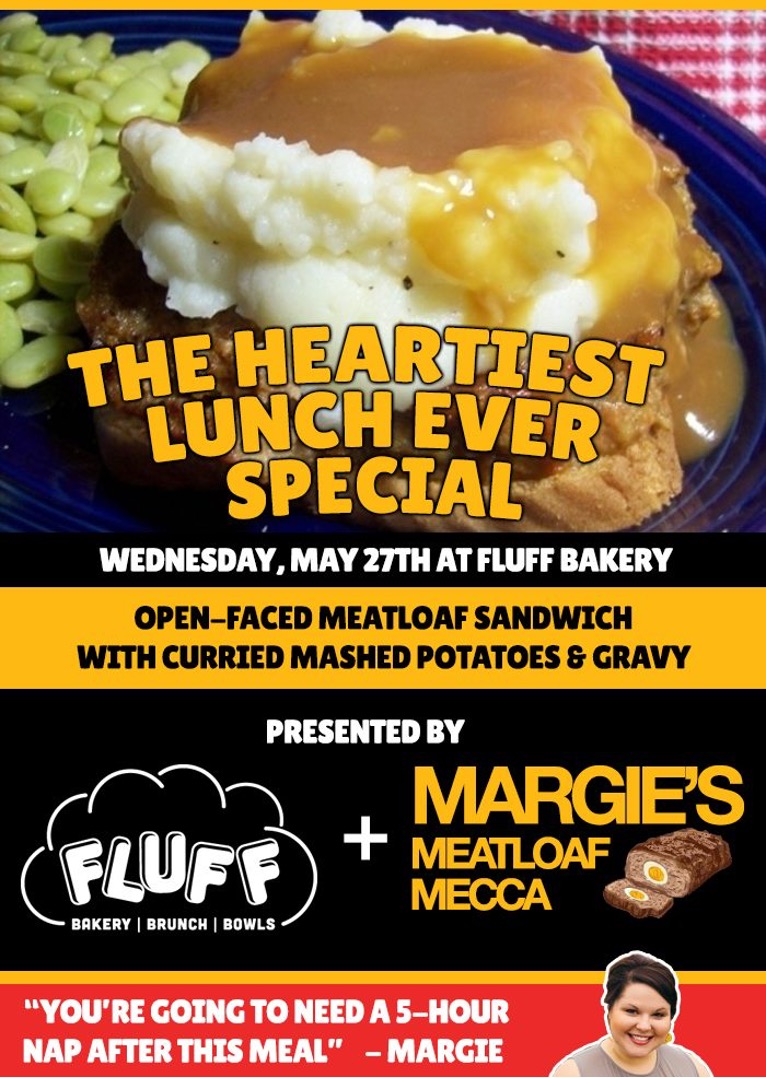 For this one, Margie herself actually got involved:

Where Is the Prank Now?

After a while, we ended up having to move the billboard when our initial agreement ended, but the billboard lives on to this day just five minutes south of Athens off of Route 50!

Plus, we still do some additional “promotions” for the restaurant from time to time: 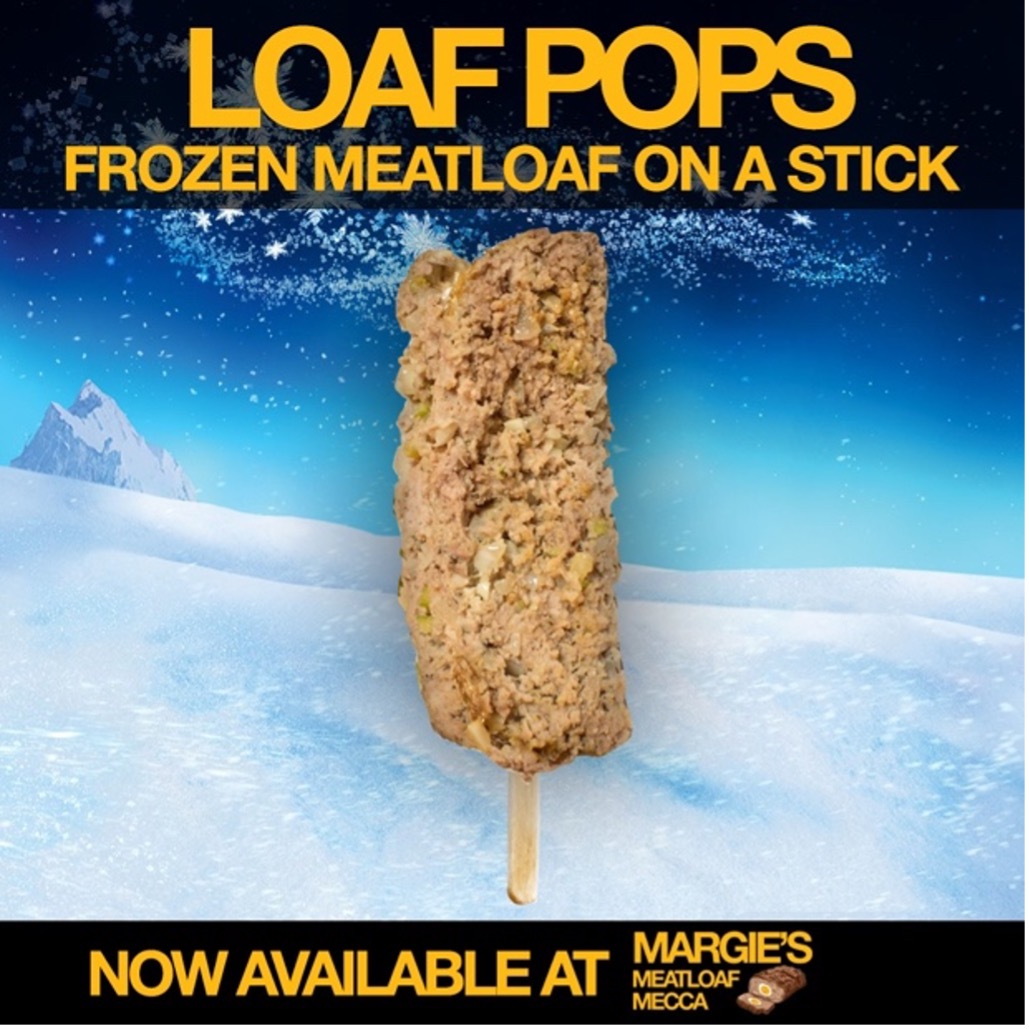 (This was a “new menu item” that we crafted for Margie’s birthday.)

And yes, we still see random mentions of Margie’s Meatloaf Mecca online, and even got featured on an Instagram meme account with 276k followers.