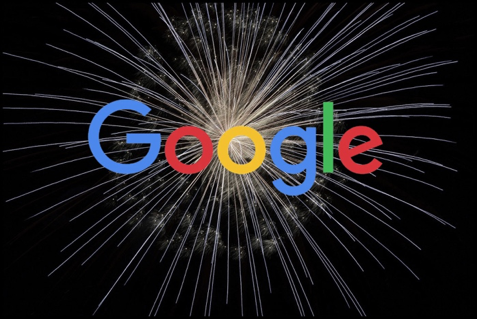 Earlier in May, we wrote about Google’s announcement of a core update release. It has been a month since it started rolling out, and Google has now officially announced that the rollout ended on May 18.

And since then, SEOs working in a variety of industries have expressed how it has impacted their rankings, shared their frustrations, and more.

Keep on reading to get details on how big the May core update was.

A variety of digital marketers have flocked to Twitter to express their feelings on the update:

Yup. Complete and flawed as hell.

Rusty Brick of Search Engine Roundtable also ran a poll on Twitter to find out what the community thought of the update, and if they felt it had a positive or negative impact on search results:

Over 80% said the Google May 2020 core update did not improve search quality, 62% said it made it worse https://t.co/jsaYBzHOfo pic.twitter.com/8WfYPi0U1c

As you can see, the majority of voters thought there was a negative impact.

Glenn Gabe of G-Squared Interactive also posted a great article with four case studies on the impact that the core update had on various businesses, further highlighting how volatile it was for certain companies.

One of the biggest flaws that many Twitter users also pointed out is that Pinterest is clogging up SERPs (search engine results pages):

Hi @dannysullivan… What about Pinterest?? Since the last update many serps are like this one 👇🏻🤦🏻‍♂️ pic.twitter.com/BbHfellVyK

To which Google’s search liaison Danny Sullivan replied, saying they were made aware of the issue and they are looking into it.

Pinterest was also one of the top domains that saw increases in rankings, along with a few others:

Additionally, Reddit, Etsy, Amazon, and others are among the major websites that were seen taking up significant space over other organic listings, according to Search Engine Journal.

Bugs: Pesky in Both Real Life and on Google

In the last week of May, various SEOs took to the Local Search Forum to express that they were seeing yet another shake up in their local pack positions:

Google fixed a bug with Local Search that we thought was a local algorithm update. It was just a bug and Google fixed the issue a couple weeks ago the company said. It may have been related to car dealerships only. https://t.co/D1HWjTK1db pic.twitter.com/gD9YrQsU8C

Just wanted to update. Thanks for the examples. They helped us find a bug that we got resolved about about two weeks ago, and that seems to have stabilized things since.

It’s clear the update has had some negative effects, and we look forward to Google making some corrections.

Stay Up to Date with Google Updates and More

Be sure to sign up for our email newsletter to get updates on SEO, PPC, and everything going on within the industry.