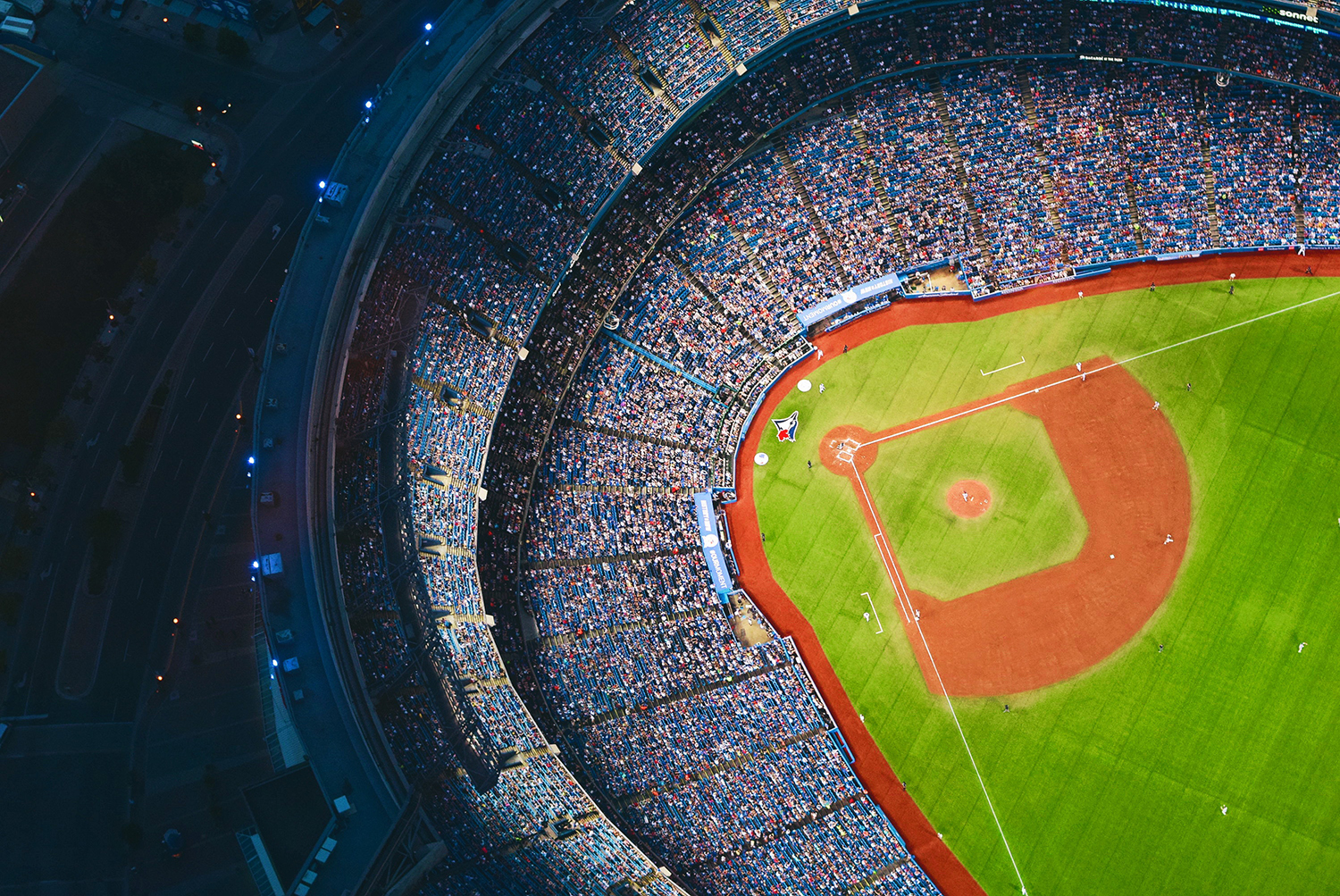 In recent years, Major League Baseball has seen how valuable social media marketing can be for interacting with fans, promoting its brands, and highlighting everything great about America’s pastime! Let’s take a look at what the MLB has been working on.

The MLB first released the free version of their official mobile app in 2012. Called MLB At Bat, the official app displays real-time games, scores and updates so users can follow pitch by pitch.

Several years later, the MLB released their user-centered fully immersive app “MLB Fans.” The app, which is similar to that of Facebook, Twitter and Instagram, provides baseball lovers with a social network of their own.

The new MLB social networking app focuses solely on baseball. Users of the app have the ability to create their own content, interact with other fans, and follow baseball all year long. The app has allowed for the MLB to keep fan engagement high even in the off-season, and it is available for both Android and iPhone.

Users are able to share their favorite baseball memories, post images, and speculate on rumors, game outcomes, teams and players.

Aside from the interactive portion of the app, fans are also able to purchase merchandise from their favorite teams, view broadcast specials for upcoming games depending on the team, get a first-hand look at behind-the-scenes content, watch highlights, read various trade rumors and engage in trivia.

The app owes its success to the variety of features it offers users. Through the MLB Fans app, users are able to experience a comprehensive view of the games they do and don’t attend through the wide variety of user-generated content.

The popular video and photo sharing app, Snapchat, developed a feature where industries are able to create their own specialized content for users. The MLB jumped on this opportunity and has their own channel filled with video content for fans to watch all the time.

Another way the MLB is capturing fans through social media is by utilizing individual team content platforms. Let’s take a look at some of the teams that have the top social media followings.

With the Giants’ securing three World Series titles in the last decade, their social media following has greatly been affected.

One of the aspects that differentiates the Giants from other team accounts is their use of creative and original hashtags which make their fan base feel more engaged with every new posting.

The Oakland Athletics manage to maintain a very strong fanbase, with the club using a variety of multimedia features on their social media platforms.

By incorporating the use of GIFs, infographics, recorded videos, live videos, and their interesting use of witty rhymes, they’re better able to connect to their fan base which continues to be interactive with their posts.

The New York Yankees lead the way with the biggest MLB team fan base of just over 13 million followers. Having the most connected fan base, the Yankees keep the attention on their team with their unique strategy for the team’s content.

A common trend with the Yankees’ social platform content is the regular use of nostalgia in their posts. With compelling stories, the viewers quickly feel as if they are a part of history.

The Yankees’ content is the perfect balance of promoting the modern-day greats alongside those of the past, making it one of the leaders in MLB team content.

The Colorado Rockies take into consideration both fans who are present at games and those who are not, which is what differentiates them from a variety of other teams.

The team constantly posts photos and live videos so that fans who aren’t at the game won’t miss out on their favorite team.

With each post, the team has established a distinct type of rhetoric that many fans can get behind, therefore increasing the level of social media engagement on all platforms.

The Dodgers take a strategic approach to all of their social media. By using a cross-promotional strategy on a variety of platforms, the team is able to spread news about the team and increase social media engagement at the same time.