Our relationship with the internet and the content that we post has changed and developed drastically over the years. And in the last few decades, we’ve seen our fair share of internet videos that went viral, bringing in thousands of views from audiences all over the world.

Let’s take a walk down memory lane and reminisce on the videos that made the internet what it is today.

To start, let’s note the famous Peanut Butter Jelly Time song. In the video, we see an animated banana singing and dancing to his own tune in the background. This video was seminal because it was one of the first times that the internet audience was introduced to bizarre and funny content which would foreshadow the use of the internet memes and GIFs that we see today.

Coming in next on the list is YouTube sensation Charlie the Unicorn. This video follows the lives of three animated unicorns, two of which are filled with happiness and the other which seems more melancholy. The two unicorns try to encourage Charlie, the miserable unicorn, into embarking on a trip to Candy Mountain with them.

The trip doesn’t go as planned and Charlie is left more annoyed than he was before.

In this video, Noah decides to take a picture of himself every single day for six years straight. The viewers get to see just how much he changed within those six years.

Shortly after this video caught on, many other consumers decided to make their own videos to track their change physically. It even led to a Simpsons parody!

This adorable video shows an older panda and a baby panda nearby. Out of nowhere the baby panda sneezes so loudly that it scares the older panda. The video is so cute and caught plenty of attention at the time. It still remains popular, though, as a current video boasts 1.7 million views!

Harry Potter Puppet Pals is another video that went viral due to its silly humor and earworm of a song that burrowed into your head. The video features puppets of all the main Harry Potter characters. They sing to a ticking noise and have their own tempo with catchy lyrics. It’s a blast.

Tay Zonday launched his YouTube stardom based off the interesting song Chocolate Rain. His uncomfortable mannerisms and nonsensical lyrics make for a great video that is still relevant to this day.

One of the most popular videos on the internet is Charlie Bit My Finger. This video stars Charlie and his older brother. Charlie, who is just an infant at the time of recording, bites his brother’s finger rather hard. The two have adorable British accents which adds to the cuteness of the overall video.

Keyboard Cat has slowly become one of the most popular memes and GIFs used on social media platforms. Snippets and recreations of the original video have resurfaced in various commercials, and the Keyboard Cat even has his own Wikipedia page as well.

First catching attention in 2007, the famous I Like Turtles video remains relevant even 12 years later. The video stars a little boy who just got his face painted. When the newscaster asks the boy for his reaction to the festival they are at, his only response is, “I like turtles.”

This video caught much attention and was played on various television shows including Tosh.0.

This viral video is taken from the Miss Teen USA Pageant of 2007. When asked about the education system in America, Miss South Carolina’s answer is anything but coherent. The video gained so much attention, it currently has close to 68 million views on YouTube.

At a press conference in Baghdad with the Prime Minister, a journalist emerges from the crowd and throws both of his shows at then-President Bush. The president dodges both of the shoes, however.

CBS published the video to YouTube where it has gained 3.8 million views and counting.

David After Dentist was filmed by David’s father after the boy went to the dentist. It becomes apparent throughout the video that David must have undergone some type of procedure where he needed medication of some sort. His rambling is extremely nonsensical but makes for a great laugh.

With over 230 million views on YouTube, Susan Boyle’s audition on Britain’s Got Talent is one that many are familiar with because it jumpstarted her career. Give it a watch if you’ve haven’t seen it in a while – it’s impressive!

This video is one of the most iconic wedding videos to ever go viral on the internet. The wedding party organized a dance for their friend’s big day to the tune of Forever by Chris Brown. At the end of the video, the bride is seen dancing on her own until she meets her groom halfway and the two walk to the altar together.

The video even gained so much attention that it was incorporated in the popular television show The Office during the wedding of Jim and Pam, two of the show’s main characters.

Last on our list is a news interview with Sweet Brown that was given the autotuned remix treatment. In the original video, a resident of an apartment complex that caught on fire was interviewed by the local media and gave very exuberant commentary.
The original video was very popular, but the autotuned was a smash, and helped inspire the Unbreakable Kimmy Schmidt theme song. 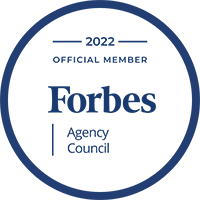