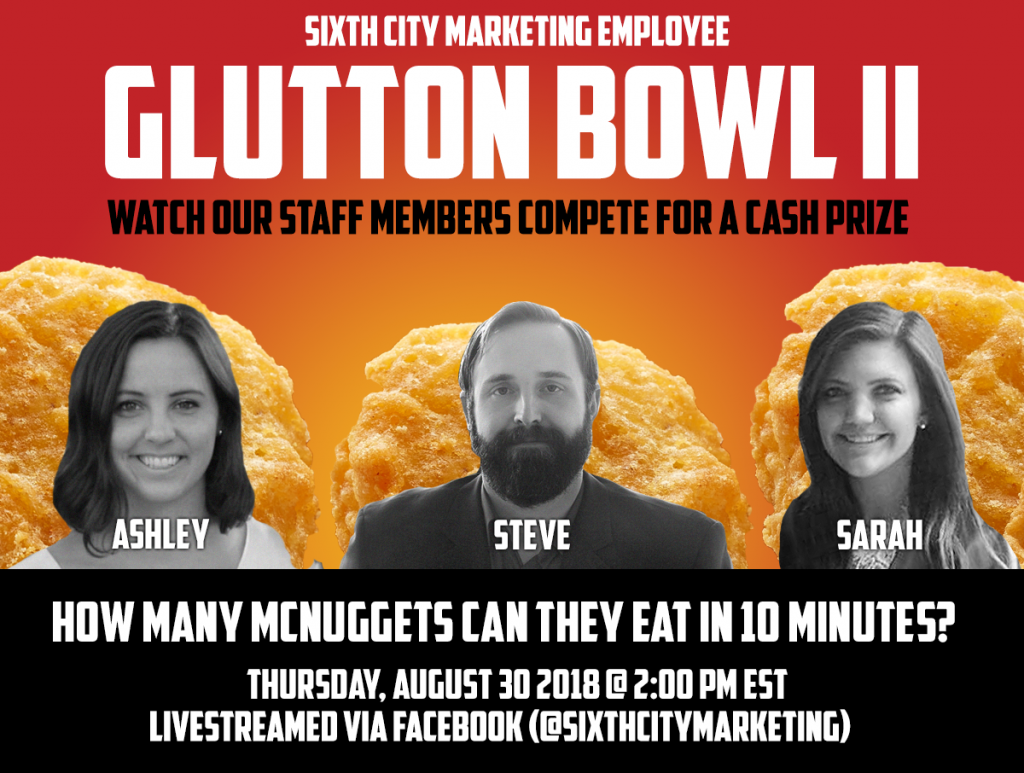 Cleveland has quickly gained a reputation among foodies. Whether your tastes gravitate toward great Italian dishes or the spicy cuisine from south of the border or mouth-watering soul food, you’ll find it in the CLE.

And for those looking for more than just a terrific meal, there are a variety of tasty challenges out there to try out. There’s the Melt Challenge that lets you test your tolerance for cheese. There’s the Shula 48 oz. Steak Challenge which gives you plenty to sink your teeth into. And there’s the Blazin’ Challenge from Buffalo Wild Wings which features 12 wings in the chain’s spiciest sauce that must all be consumed in six minutes.

Of course, these contests are nothing new. As a child I recall the Friday night televised eating competitions in Cleveland between Mariano “Mushmouth” Pacetti and whichever local challenger they were able to find. Alas, “Mushmouth” succumbed to Chris, a ravenous German Shepherd from Fairview Park in a highly contested match.

Sixth City looks to continue this (questionable) legacy with our very own Glutton Bowl, now in its second official year!

Sixth City Marketing is no stranger to great eating events. Previously, we crafted “The Sweet Spot Challenge” from the Buffalo Wild Wings desert menu and cheered on as one employee scored Halloween off, while last year we live-streamed our own Steve “The Scavenger” DiMatteo’s quest to set a local record for the consumption of donut holes, with him managing 45 of 80. Not a pretty sight, and one not soon forgotten.

For this year’s Glutton Bowl from Sixth City Marketing, three employees will be taking part in a classic struggle of man and woman against McDonald’s.

Our three contestants will consume as many McDonald’s Chicken McNuggets as possible in an effort to claim some fantastic prizes. And again, in violation of our own sense of good taste, the event will be live-streamed on Facebook for the public’s delight and/or horror.

The rules of the contest are simple. Eat as many McNuggets as you can in a ten-minute period. But there’s a twist – at any time during the event, a contestant can call in a lifeline. The contestant can select a staff member to come in and “gnash some nuggets” for a period of two minutes while the main contestant takes a much-needed breather. The strategic use of the gnasher just may add some real spice to the contest.

Aside from the trophy, the cash prize, and the goody bag, there is much more on the line for Steve, Ashley, and Sarah. Lines have been drawn in the sand and the gloves are off. This time it’s personal.