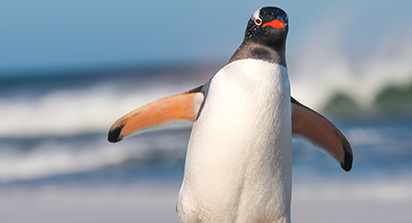 It’s been years of anticipation, but Google’s Penguin 4.0 is finally here.

At the end of September, Google announced that the update would be rolling out with some key changes which could benefit SEO practitioners and webmasters alike.

Penguin, which first launched in 2012, is a filter designed to help Google combat spammy search results and black-hat SEO practices that the search engine’s regular spamming systems might not detect.

Originally, the filter crawled and indexed sites, penalizing those deemed spammy, then took into account any changes made the next time it refreshed, which could be months later. This meant that even if you updated your website and removed the spam, you could end up being penalized for months before Google recrawled and reindexed the site.

Historically, the Penguin algorithm refreshed periodically, crawling and indexing all of the sites affected at the same time. Now that it’s part of Google’s core algorithm, though, Penguin will update in real time, recrawling and reindexing your site right away.

Also, since Penguin will now update in real time, Google announced it will no longer comment on future refreshes.

Previously, having spam on even one or two pages could affect the ranking of your entire website. Google announced, however, that Penguin will now devalue spam by adjusting based on spam signals, rather than affecting the entire site.

While this may sound like only the pages will be affected, Search Engine Land actually asked Google for clarification and received this statement:

“It means it affects finer granularity than sites. It does not mean it only affects pages.”

This response may indicate that Penguin might impact specific pages or it might impact sections of a total site. Google only knows for sure.

What we do know is that Penguin 4.0 is going to make it more important for us to monitor our websites and our SEO practices moving forward.