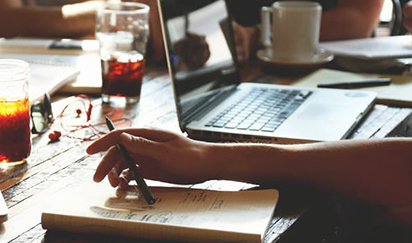 Sami Krug, Facebook’s Product Manager, said in a blog post that these new reactions will help “businesses and publishers to better understand how people are responding to their content on Facebook.”

Now, those who were typically too tame to express their negative opinion for the world to see can give a quick click on the Angry button without a second thought.

Essentially, Facebook has given its users more power with their clicks (which is all fun and games until your family friend clicks ‘Sad’ on your engagement photos, but I digress).

Timing of Reactions: Sneaky and Brilliant

Thinking more about it, I have to wonder if the timing of this Reactions launch was purely strategic or a beneficial coincidence. Since the Like option debuted in 2009, Facebook had been contemplating adding more options to it for years. Even though we didn’t get the highly sought-after Dislike button, Facebook chose to add their new Reactions to posts at the end of February. In 2016. Which is an election year. See what I’m getting at?

Whether Facebook meant to launch their new Reactions smack-dab in the middle of a huge presidential election or not, they’re surely reaping its benefits. The candidates on the other hand? That’s debatable.

For example, let’s look at Republican candidate Donald Trump’s Facebook page before the Reactions were launched and after.

Although there is a four-month gap between the two posts and the number of candidates running for the presidential title reduced during that period, this is still a solid example of how Facebook’s Reactions can be worth looking at during this election.

• The amount of Likes, or Reactions, doubled on the post in March compared to the first one in November.

• Those opposed to Trump previously had no way of adequately reacting to his posts, besides leaving a negative comment. Now, they have the power to react as Angry, Sad or Wow to his posts – and they definitely do.

• On the contrary, Trump supporters can now react in more positive ways than by just clicking the Like button. Now they also have the power to Like, Love or Wow his posts – and they definitely do.

Here’s the breakdown of the Reactions given to Trump’s March 1 post:

Even though a majority of the Reactions given are positive, all six Reactions have been utilized by Facebook users to share their thoughts.

Does this have to do with Trump’s outlandish personality or the fact that we’re only months away from an election? I’m thinking both.

Taking Advantage of the Reactions

Obviously, not every person is going to like Donald Trump. He knows that. But he and his team are smart enough to know that social media rules this election.

What I would suggest for Trump (and every candidate) to do for the remainder of the election is sit and analyze how people are actually reacting to posts.

Comparisons such as these can help Trump, or any candidate, map out how he/she should utilize their social media pages during the election. Candidates’ supporters are telling them exactly what they want to see in posts by how they react to them – all politicians need to do is take that information and utilize it.

The same holds true for marketers. Taking the time to look at the Reactions they’re getting to Facebook posts could result in better engagement moving forward.