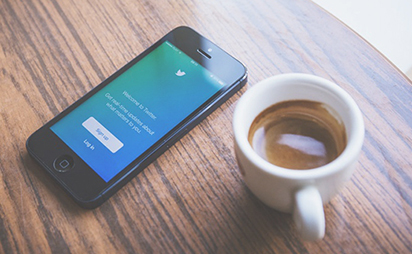 When a Buzzfeed article broke the news that Twitter would be introducing an algorithm-based timeline to curate content, it created a mixture of panic and outrage around the world.

Similar to Facebook’s much-maligned News Feed function, the new Twitter algorithm will aggregate content to show users tweets it thinks they will find most relevant rather than following the site’s traditional reverse chronological timeline.

Although Twitter executives pointed out that the changes mirror the site’s “While You Were Away” feature, which was introduced in January 2015, users wasted no time sharing their thoughts and soon had #RIPTwitter trending worldwide.

When you find out about Twitter’s new algorithm to reorder your timeline.#RIPTwitter pic.twitter.com/Y4XDUPkcUX

So not thrilled about this algorithm change. I want to see it all; not what an algorithm thinks I should. #RIPTwitter #Twitteraunatural

“LIKE instead of FAV”
“New timeline for no reason”
“Friend Request instead of Follow”#RIPTwitter pic.twitter.com/gY1v4aVemx

Once Twitter becomes Facebook 2.0, where will we all go? Because I’d rather die than turn to Google Plus #RIPTwitter

Twitter CEO Jack Dorsey tried to reassure users and clear up misunderstandings regarding the changes by saying on his own account that the site would remain true to itself, and that the Twitter team is making the site “more Twitter-y.”

Despite Dorsey’s attempts, many are still questioning the change and what this might mean for users and marketers alike.

What You Need to Know Right Now

The new algorithm function has since been implemented; however, the timeline changes are currently an opt-in feature, which can be enabled/disabled in each user’s settings.

While there is no official word on how the algorithm will rank and determine the “best tweets” to show, there is a general understanding that relevance/user interests and engagement may play an important role.

Therefore, tweets or content with the most interactions are more likely to appear at the top of timelines.

What This Means for Marketers

This algorithmic timeline certainly changes the way we as marketers should and will approach Twitter in the future.

One of the biggest things marketers can do to ensure their posts are being seen is to focus on the quality of the content. We’ve already told you about the important role your content plays on your website, and the same applies for your social media accounts.

Your social media presence helps you establish yourself as an expert in your field, humanize your brand and get information out to your customers.

While it has already been an essential aspect, creating relevant and engaging posts with this new Twitter timeline will be more important than ever. This helps you not only get your content seen, but also helps create a dialogue with your followers.

Here are a few ways you can work with your company’s Twitter account to accommodate the new timeline:

1. Focus on Quality Rather Than Quantity

Don’t get me wrong, you should still post frequently on social media, and especially on Twitter. Frequency helps to better the odds that customers will see your posts. However, instead of posting the same post five times in a day and getting one “like” on each, there is a greater value now in posting something once and getting five “likes” on that single tweet.

On Twitter, this consists of likes, replies, link clicks and retweets. The more of these interactions your posts have, the more likely they are to appear at the top of follower timelines with the new algorithm.

Another thing that can help you get your social media posts noticed is knowing who your target audience is and when they are most likely to be on social media. Several studies have been conducted which identify the best times for businesses to post on social media. So make sure you know when it’s optimal for you and tweet your most important posts at those times.