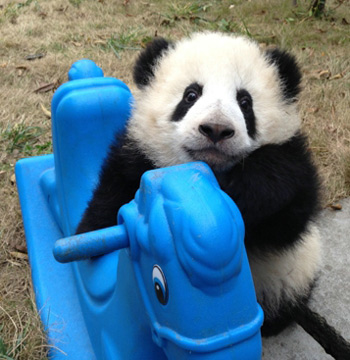 If you play by the rules and work hard, Google graciously allows you to continue building rankings and traffic, right?

Here’s why that may not always be the case, as demonstrated by the results of the Google Panda 4.0 update.

In trying to establish if there were any “clean” sites that experienced negative repercussions from the Panda 4.0 algorithm update, we came across some interesting phenomenon, case studies, and even feedback from the Google zookeepers themselves.

Read on to learn some best practices of which you may not have been aware.

Still in the dark about the latest Google algorithm updates in May? I wrote a refresher article about Panda and Payday Loan.

Why Ignorance is No Longer Bliss

Check out this Google Webmaster Tools thread in which a seemingly innocent site owner breaks down in a full-fledged temper tantrum at his site’s loss of traffic. After the Google Panda update, his pleas to Google of “don’t be evil,” and “at least read this” did glean a response.

(TL;DR – Hitchhiker owns a forum site hosting UGC that helps people learn and practice English.  He never “played the SEO game” (first red flag?) and at the very least never used black hat tactics. He thinks Google’s giving his site a slow, painful death at the hands of the bigger fish in the pond taking up all the room.)

We found this complaint from an SEO Roundtable article about Google Panda’s implications for user-generated content.

John from Google responds that it isn’t that the larger sites are taking up all the link juice. He instead encourages strict quality control on what people can submit, right down to spelling and grammar. So sites with user-generated content should be aware that crawlers assess all written material as a reflection of site quality, a point we’ll delve into later on.

Apparently this new Panda is a picky eater when it comes to quality, which brings us to our next point.

The argument is made that User Generated Content isn’t necessarily being directly targeted by these updates, nor is Google’s slow suffocation of some sites’ traffic done to benefit big hulking media monsters. If you do feel that way, here’s a contradictory example of one content creation monster who wasn’t doing so hot.

Even the NYT Needs TLC

By now you must have seen the leaked report from The New York Times.

The marketing assessment cites that even though writers are pumping out masses of crème de la crème content, it rarely ranks due to a lack of “playing the SEO game,” as our hitchhiker friend would say.

Even other sites who aggregate multiple NYT articles on the same topic rank higher, despite the Times’ extremely high authority on a wide variety of subjects.

“But wait, wasn’t that a key factor in websites’ rank? Authority?”

Shouldn’t a site like the NYT come up at least in the top 10 for many recent news articles?

Here’s why it doesn’t, and may not, even with a little more metadata here and there.

Why Panda Says, “You Can’t Sit with Us”

So what are the magic words you have to say to be able to sit with the best and the brightest top links at the SERP top results table?

Call it the revenge of the nerds. On Wednesdays, we wear whatever the hell we want.

A fantastic case study from Cognitive SEO shows that it’s not the massive, generally authoritative sites that win, or even ones with the most participation.

An example Cognitive SEO points out is the huge jump in rankings from emedicinehealth.com. Although the site does not have as much “authority” as a site like LiveScience with similar articles, the greater specialization (health vs. all science in general) helps it rank. Now, with Google’s Panda update, the high-quality stuff from niche experts should surface with ease.

Think of it as a really nice Italian restaurant winning out over a local buffet with decent spaghetti. I’d say it’s a win-win. In other words, if you’re that content buffet, you should probably figure out a different value proposition. 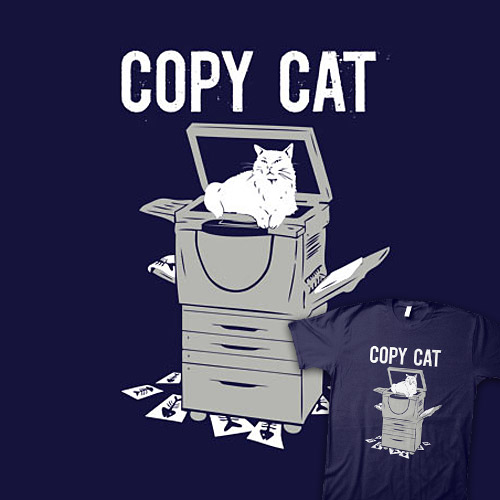 This conclusion may be more obvious if you’ve been following the multitude of articles by every reputable site on the Panda aftermath.

A central aspect of this iteration of the Panda algorithm kicks thin content to the curb. Panda then benefits thought leaders the most, and penalizes the tag-alongs.

For example, if we outline three fascinating facts about hermit crabs, don’t be a copycat and reword those three facts into an article presenting the same conclusions. The world just doesn’t need that much redundant literature on any subject.

When it comes to content curation for your client, you should know by now that link baiting in spam articles is a big no-no. So are junk press releases. These are included in this thin content call-out.

Conclusion: Don’t waste your time writing an article on something that’s been covered before unless you can contribute a unique spin, combination of ideas and/or entertaining take.

Don’t write useless junk. It’s as simple as that.

It’s not that participation is a non-factor in rankings. However, the Panda 4.0 update does seem to be extra picky about bad user-generated content, as we went over earlier.

This article from The Atlantic (which I very conveniently was introduced to by my subscription to Next Draft by Dave Pell. Props, Dave.) is about how comment quality affects site engagement. The Panda algorithm just seems to speed along the process. Perhaps the search spider feels the same as readers in the study:

Does this mean everyone should forego allowing readers to comment, in the interest of ranking and user engagement? Not necessarily.

Ironically enough, this commenter hit the nail on the head with a reference to the “broken windows theory“:

As a newly sprouted graduate, I’m looking forward to hearing some constructive criticism. Did you notice any changes in your or your clients’ web traffic as a result of Panda 4.0?

Check out the other blog posts we’ve written about Google Algorithm Updates:

A Ride Around the Google Search Carousel Update

Is Google’s Penguin Update Still Messing with Your Website?